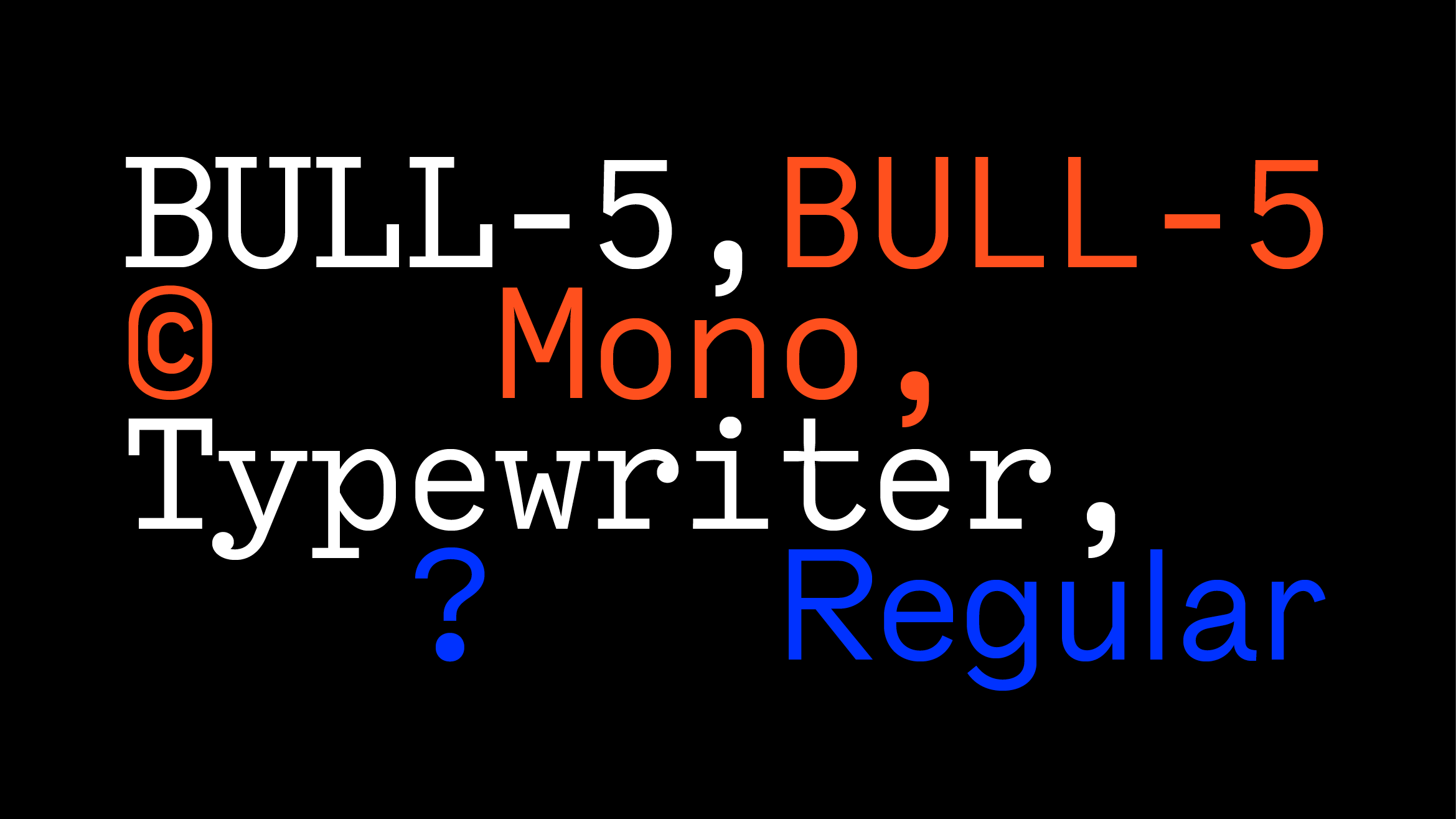 Bull-5 derives from a particular style of typewriter fonts that emerged in the 1960s, presumably introduced through Olivetti. To preserve its raw and mechanical character, Bull-5’s Mono style is drawn in coherence with the source material, including all its quirks and irregular proportions. It is accompanied by a proportional style (Regular) for greater legibility and a Slab-Serif style (Typewriter) to embrace another iconic characteristic of typewriter fonts. All styles are linked through bold punctuation and optional features like the double-width M, W, and their lowercase counterparts, along with typically serifed letters such as I, i, J, and j.